These days I didn’t do anything else than doing my tasks for courses that I sing up.

It tells that God one day thought to test his monks.

He had in his mind two monks who wanted him to test, one younger and one older.

So , the story starts

Two Monks were going back to they Monastery .

The road that they had to pass was very long and they must arrive at the monastery until the moon fall.

They were walking and passing hills, roads that have never taken before, going and going they have reached at a river where they saw a girl.

The younger monk asked the girl why she didn’t cross the river.

She said that he wanted to but it is afraid of water. So that she is waiting at the shore.

She was very pleased when the monks came down at her. She asked if they could help her with crossing the river.

The old monk said that they can not help her and she need to handle alone because they can’t touch a woman.

The girl was very disappointed, he thought that she will spend the night there if nobody will pass by and help her.

She said that she doesn’t feel safe on that side of shore and she want to cross but it is afraid of water.

Despite shes insistence, the old monk refused her..

In this time the young monk didn’t say anything, he was just watching and listening she’s suffering.

It was so moved by she’s suffering that he decided to help her.

Despite the fact that the old monk didn’t want to help her he decided to carry she in his back when they will cross the river.

Although the old monk was very annoyed by young’s decision but didn’t say anything in the presence of the girl.

After they cross the river, the woman tanked and carried on shes road.

Once the girl couldn’t be see the old monk has poured his anger gathered on the young monk and said to him:

” How could you carry that girl and touching her, when we, monk’s , aren’t even allowed to look at them ? “

The old monk carried on with his pleading and cited the conduct of monks.

He said that he never ever had seen someone violate the conduct of monk’s.

He added that the young mink will go to hell, he said that he stained the image of the monk’s and many of this things.

In this time young monk didn’t react, he was walking forward seeing his way.

They went and went until the night came on..

A few hours later they arrived at the monastery, the old monk was still angry.

” I carried that woman for a few minutes and I let her at the river a few hours ago, Why you are still carrying her in your mind ? “

And the saying is :

God doesn’t look at the good you’ve made and how this good looks, he looks at the intention with which you have done

Think about that for a few minutes

Have a good week!

Write me something Cancel reply 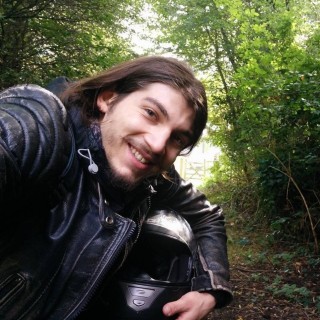 My HostGator Blog
Simple Living Over 50

A daily selection of the best content published on WordPress, collected for you by humans who love to read.

Reports from my somewhat unusual life

The Art and Craft of Blogging

A Good Blog is Hard to Find

THE ULTIMATE RESOURCE FOR ILLUSTRATORS

a cooking pot and twisted tales

Thoughts and Tales...A Lifestyle Blog with a Zing.

The Journey of my Life

Because you only live once.

A cup of personal experience, a little bit of fashion, life, PR, make-up, love and all the ingredients in a girl's life